Bamboo is often connected with the Far East and Asian countries, from which many in the West feel much removed . While it holds that much of the globe’s Bamboo grows in Asia, it is also real that Bamboo is a highly renewable source that many do not necessarily recognize as such.

What is a renewable resource? 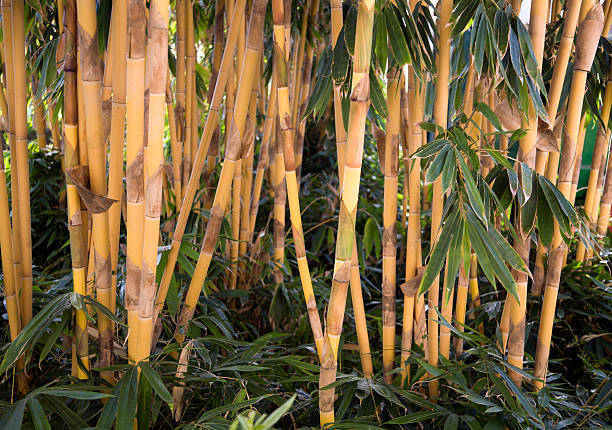 To determine if Bamboo is renewable energy, the first step is to define the term – this one originates from Investopedia. A renewable resource is defined as “a material of economic value that can be replaced or replenished in the same or less time than it takes to mine the supply.

Some renewable resources, such as solar energy, wind energy, and geothermal energy, are essentially infinite in supply. In contrast, other resources, such as wood, oxygen, leather, and fish, are considered renewable even if they require some effort to renew. Most precious metals are also considered renewable; even if they are not replaced naturally, they can be recycled because they are not destroyed in their extraction and use.”

Bamboo develops quickly Bamboo is a renewable resource because it multiplies. Compared to most other trees and plants from which we harvest valuable fiber, Bamboo grows faster than any other. Bamboo is a woody grass that expands in warm, humid climates, especially in South Asia.

A single bamboo stalk has been found to grow 39 inches in twenty-four hours – that’s more than an inch per hour! Most trees from which wood is harvested to make furniture, paper, etc., take between 20 and 120 years to reach maturity. On the other hand, Bamboo is mature and ready to be harvested as early as two years after its first sprout. The rapid growth of Bamboo is because it is grass and not a shrub or tree.

To determine how renewable a resource bamboo is, comparing it to Cotton is one of the easiest ways to see a sustainable resource bamboo. Bamboo grows by itself. Each year, more than 256 Gm3 (one cubic gigameter equals one billion cubic meters of water, or 2.64 x 1029 ) is used worldwide to produce enough Cotton to make the various popular cotton products today.

Bamboo requires only one-third of the water that a cotton plant needs to grow. However, the most exciting thing about the whole thing is that Bamboo generally doesn’t need irrigation or fertilizer to grow. On the other hand, Cotton uses about 25% of the world’s insecticides and 12% of the world’s pesticides to grow on only 3% of the world’s acreage. Essentially, Bamboo can be grown with little to no irrigation and no pesticides or fertilizers – so in terms of its use for textiles, Bamboo is an excellent crop.

More reasons why Bamboo is a sustainable resource Unlike most other harvested crops, harvesting Bamboo does not cause soil erosion. It does not trigger soil erosion because the root system remains intact, allowing the Bamboo to grow again with the same root system ready for harvest. In addition, a bamboo forest that is the same size as a group of trees produces 35% more oxygen than the trees. A lot of oxygen produced leads to less global warming and other environmental problems. Bamboo also withdraws 70% more carbon per year than a stand of trees of the same size, resulting in a minimal carbon footprint for Bamboo. This carbon footprint could be considered harmful because the plant removes carbon from the environment.

Bamboo is currently used to produce a variety of luxurious and valuable goods. It has been used for construction projects throughout Asia, from the Philippines to Japan, in the past and today. It was used to make paper and musical instruments in the past, and today bamboo sheets and bamboo blankets are also becoming more popular. Throughout Asia and India, Bamboo is often used in cooking, and in these countries, it is also used as a kind of herbal medicine. Since Bamboo is a renewable resource, buying these eco-friendly products is another way to help protect the environment without sacrificing comfort.

Over the centuries, Bamboo has been used for various purposes, including cooking, medicine, textiles, paper, construction, furniture, home decor, and musical instruments.

Bamboo as a building structure material is not new, and in many countries, it has been used to build houses for centuries. Bamboo’s distinct and efficient natural design makes it a good building material. When we consider a house made of Bamboo, we usually have a small hut in a village in mind. However, this idea is quickly changing due to the global demand for environmentally friendly and sustainable building materials.

When choosing a building material, various aspects such as functionality, availability, and cost must be considered. The natural structure of Bamboo is unique, it is hollow inside, and the fibers run longitudinally, so less material mass is required than wood, which has a larger material cross-section. When considering the load-bearing mass, it acts as a -shaped cross-section. Bamboo can also be formed according to the requirements of the building. Bamboo that grows in a box gets a square shape and can be used for fasteners. Freshly cut can be bent and remains in this shape even after drying. Some types of Bamboo have the same strength ratio as steel and a compression ratio almost twice that of concrete.

Advantages of Bamboo as a building material 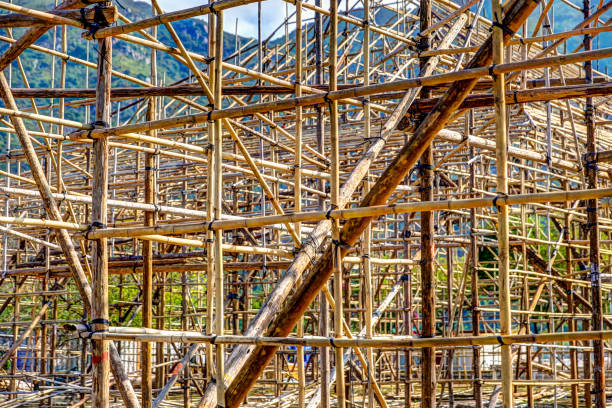 The solid natural fiber of Bamboo makes it superior to hardwood. The versatile properties of Bamboo make it a good material for flooring, roofs, concrete reinforcement, scaffolding (used in Hong Kong to build skyscrapers), piping, and walls.

Bamboo is very flexible and can be shaped into specific forms as it grows. Its shock-absorbing properties make it an excellent building material for earthquake-resistant houses. Bamboo homes can also withstand hurricanes with up to 170 mph wind speeds.

Bamboo has lightweight, making it easy to transport. Unlike other materials that require cranes and heavy machinery, nothing is required when building with Bamboo. If properly cared for, Bamboo can last a very long time, just like wood. Bamboo is cheap and readily available in the areas where it is grown. Bamboo is also cheaper to transport than other materials.

An essential characteristic of Bamboo is its environmental friendliness. It is renewable, and bamboo forests can grow back within a few years. Its naturally waxy surface does not need to be painted, which protects it from health hazards caused by paints (they contain toxic substances). Bamboo can be fumigated in its resin, making its surface impervious to insects protecting it from pest infestation. Bamboo can be grown in various climates, and houses made of Bamboo do not require other materials such as concrete, steel, etc. There is no need to require to use pesticides and other chemicals when growing Bamboo, making it more environmentally friendly.

Bamboo cultivation also reduces pollution, as the plants reduce up to 35% of carbon dioxide in the atmosphere and create more oxygen. Research has shown that of all the building materials used in construction, Bamboo is the least hazardous because it can be recycled and does not cause disposal problems. The roots of bamboo help curb soil erosion because they form a water barrier. Developing countries use Bamboo to protect their crops and villages from being washed away. Bamboo consumes large amounts of nitrogen, which can help reduce water pollution. Therefore, it is helpful to grow Bamboo near industrial areas where it converts wastewater into nutrients for its growth. Bamboo is also known for desalinating seawater.

Read More: The Dichotomy of Covid